Argonauts : a story of Greece and Georgia

Many of you might not be aware of the ancient connection between Greece and Georgia.

This article will talk about the legend of “Argonauts” and their search for the Golden Fleece.

This story contains many fascinating themes, like courage, adventure, sea-voyage, monstrous dragons, and charming princesses. This is also a story of love, passion, and betrayal. 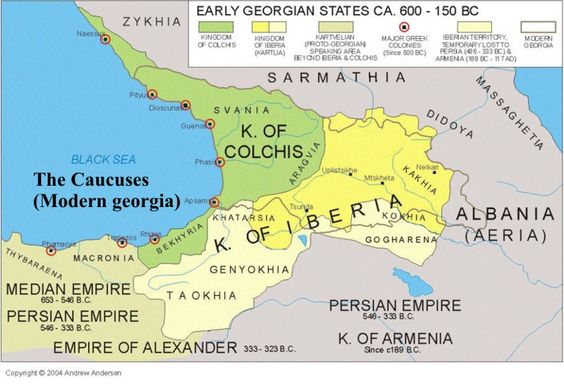 And above all, this legend bears testimony to the fact that Georgian civilization is as ancient as Greek civilization.

One could raise doubts about the credibility of this story, however, none can deny that even in antiquity Georgia (known as the Colchis Kingdom) was a renowned source of gold and other riches.

In Northern Greece there is region called Thessaly where Ino, daughter of Cadmus, lived. She hated her two stepchildren, Phrixus and Helle. When Ino threatened the lives of these children, they decided to run away from her, fleeing on a flying ram (a male sheep).

On the way, Helle stumbled and fell into the Hellespont (Dardanelles strait). 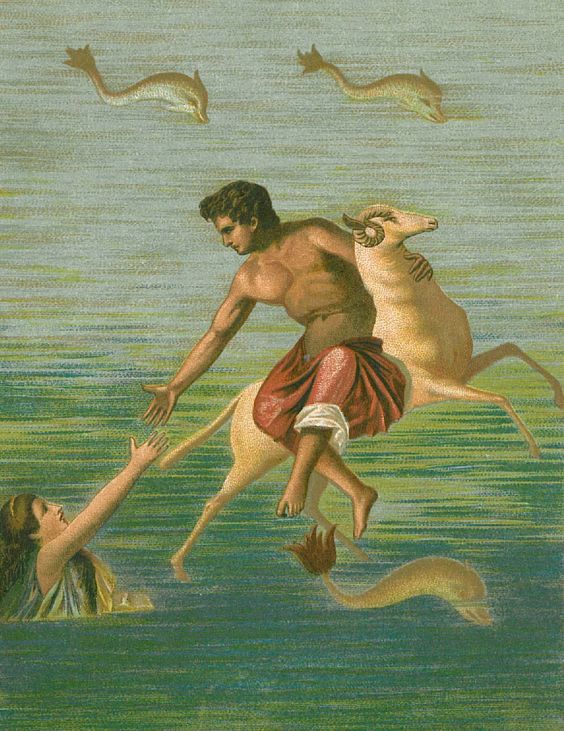 Meanwhile, Phrixus continued the journey and finally arrived at Colchis  (modern day Western Georgia) and then sacrificed the sheep to Zeus and gave the fleece to King Aeёtes.

Thus the Golden Fleece came into the possession of a Georgian King.

This fleece remained there for many years until Argonauts recovered it from Georgia.

Let us come back to Thessaly where our story started.

Here Pelias had dethroned his half-brother Aeson and killed him. But there was an oracle which forewarned Pelias that he should be cautious of a man with one bare foot.

Meanwhile, Aeson’s son, Jason, was rescued by his mother . When Jason came of age, he returned to Thessaly to take back his kingdom.

On his way back, he stopped to help an old woman (she was the goddess Hera disguised as an old woman) and lost a sandal in the mud.

When Pelias saw Jason wearing only one sandal, he immediately remembered the oracle. He thought of sending Jason on a mission from which it would have been impossible for Jason to come back alive.

For this journey Argus, the son of Phrixus, built a ship named Argo, and those who embarked upon this ship came to be known as Argonauts. We have the ship’s description in Apollonius Rhodos’s Argonautica, which said that,

“It was the greatest ship ever which braved the sea.”

On board the Argo there were many heroes as crew members, including Hercules. 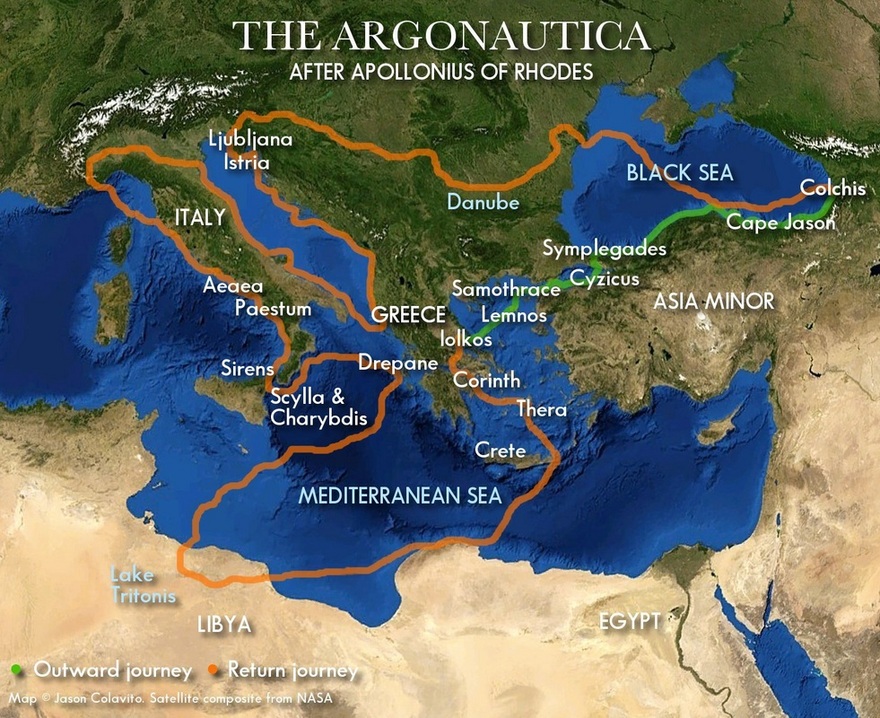 The Argonauts started from Pagasae and first landed on an island called Lemnos.

Here is one more interesting story about this island.

Before our heroes of Argo landed at Lemnos, there had been a massacre at the island. The men of Lemnos had complained that women of Lemnos smelled of fish and they had brought mistresses from other islands. This act of disloyalty angered the Lemnos women and they butchered all the men of Lemnos and started ruling over the island.

Some ArtWorks based on Argonauts' story 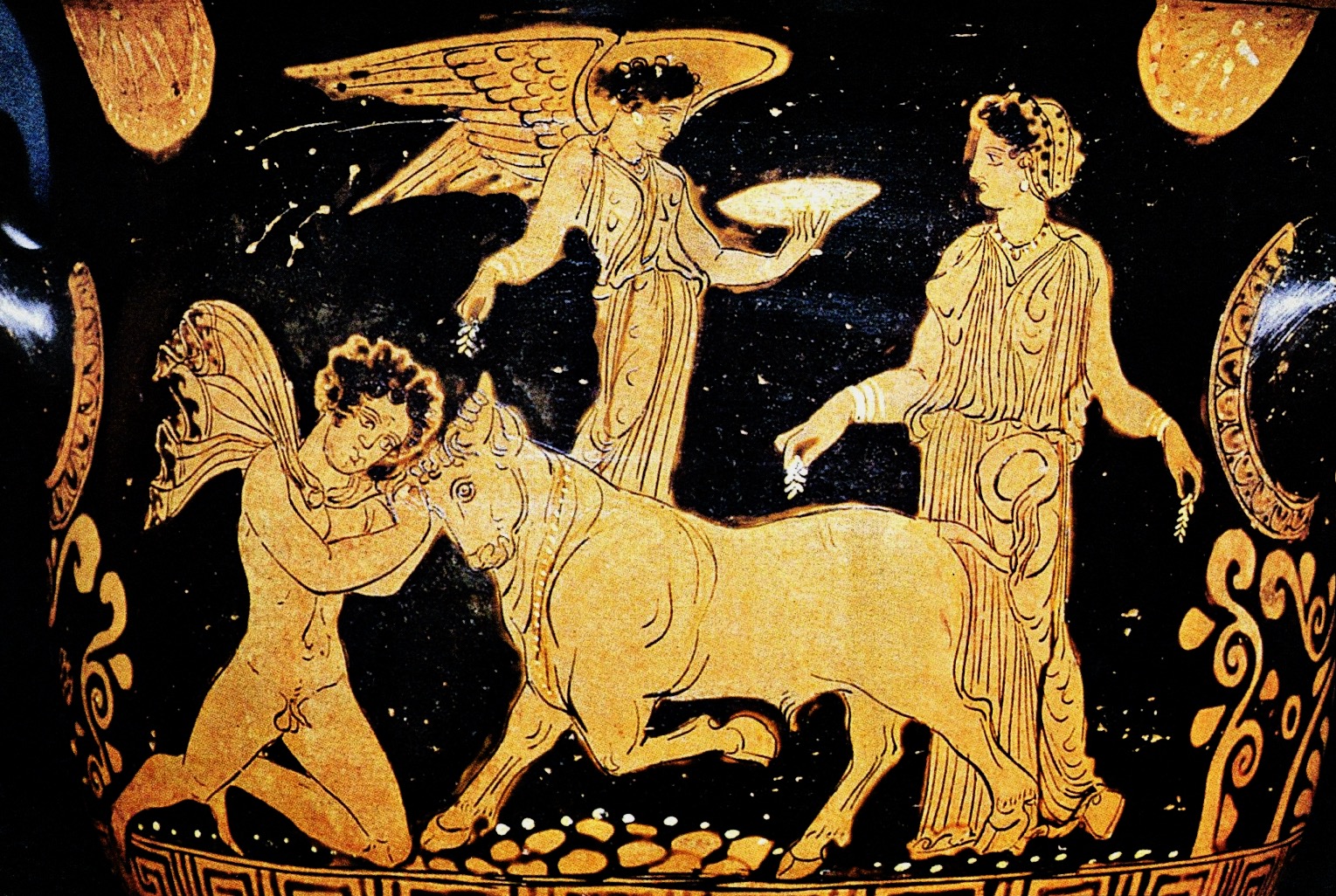 When Argonauts arrived here, these women arrived on the shore wearing armours to fight.

After some negotiation these women agreed to let Argonauts stay in Lemnos for as long as they wished. Here Argonauts spent 2 years and fathered children from local women.

At last after this prolonged stay, Hercules reminded the Argonauts that their real purpose was to fetch the Golden Fleece from Colchis. So with heavy hearts, the Argonauts said goodbye to their lovers and sailed on.

After Lemnos they reached at the entrance of Blcak Sea. Here they had to skillfully manoeuvre through clashing rocks.

From there they went to the land of the Maiandyni and finally arrived at the mouth of Rioni River (then known as the Phasis River) in Georgia.

King Aeëtes was reluctant to give the Golden Fleece at first, but then he conceded to give it to Jason under the conditions that Jason had to fight single-handed with two bulls who breathed fire; and the other condition was that Jason had to plough a field with a dragon’s teeth.

This was actually a trap set by Aeëtes, as that these were very dangerous tasks. Seeing this, Aeëtes’s daughter Medea came to the rescue since she was in love with Jason and wanted to elope with him to Greece.

This Medea is a curious character. Some says that the word Medicine is derived from her name as she herself was an accomplished healer , she would concoct herbal medicines which were having miraculous curing power.

She helped Jason in accomplishing these tasks by giving him magical balm (to make him invulnerable) and when necessary, she herself cast a magical spell to make Jason’s task easier.

As Jason was about to take the Golden Fleece, Medea used magic to put the guarding dragon to sleep.

On their return voyage, the Argonauts killed Medea’s younger brother and cut the body into pieces. They scattered the body parts along their way to keep the King  Aeëtes busy  picking up the pieces of his son so they could reach safely to their sheep Argo.

The story does not end here. On their return, Medea devised a successful trick to kill the old king Pelias. Pelias’s son Acastus was outraged and he cast out Jason and Medea from his kingdom.

After many years, Jason got tired of Medea and he decided to marry Glauce, the princess of King Creon, however, Medea got wind of this betrayal and again used her magic to get her way, this time with a poisonous bridal dress which used to kill Glauce.

She did this to take revenge on Jason for whose love she had left her own family and her own kingdom. Nobody considered this act of betrayal by Jason worth punishment. But they considered Medea a guilty woman and therefore, despite the requests of mercy by Medea, she was burned alive with her two sons in a place of worship.

Jason also got punished by divine justice. He was sitting under the shade of the Argo and meditating upon his life events, suddenly a beam from the decaying ship fell on him and he died instantly. Thus came the tragic end of the story of Jason.

For centuries this voyage of Jason remained a legend only, even though Georgia was a rich source of gold and other metals like bronze.

But there was no evidence of trade between Greece and Georgia except the legend of Argonauts.

To prove the authenticity of this legend, one British explorer, Mr Tim Severin, took up the challenge to sail on a wooden boat (the same dimensions as the fabled ship Argo) with crew members from Greece to Georgia. He succeeded in his voyage finally and this proved that Jason’s voyage might have occurred in ancient times and although it is considered a myth, there must be some reality in it.

this article is prepared with help of the book :

Katerina Kourteli
Artist and Illustrator
Katerina is an artist from Greece. She makes paintings based upon imaginative themes ; and her mastery is in incorporating poetry in artworks she creates.

** This article is prepared by